Free shipping on all online merchandise orders over $25! WHAT IS BUBBLE TEA (BOBA)?

Bubble Tea (also known as pearl milk tea, boba milk tea, or simply boba) is a Taiwanese drink that was invented in Taichung in the 1980s. The tea is mixed with milk or fruits and topped off with chewy tapioca pearls.

By the early ‘90s, bubble tea became prevalent in Japan and Hong Kong. From there, international traders brought the product to Chinatowns across North America. By the late ‘90s, the prominence of bubble tea grew among non-Asian shopping areas and nightlife districts.

Along with the growing popularity of bubble tea and how the beverage has evolved since its creation, it’s also important to mention that not every recipe maintains the same original flavor first discovered in Taiwan and that’s where we come in!

We’re here to bring you fresh and authentic flavors while fearlessly pushing boundaries in order to elevate the world of made-to-order beverages. 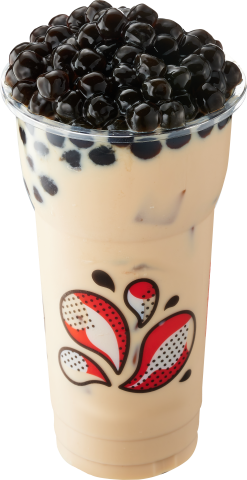